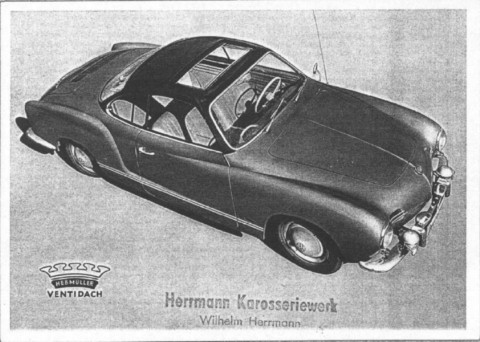 Go see an original brochure by clicking the link below 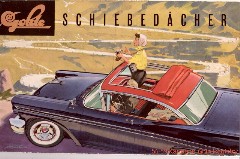 Here are some great pictures of a Golde Sunroof taken apart and being restored for a Karmann Ghia. Click on the picture for several great photos. 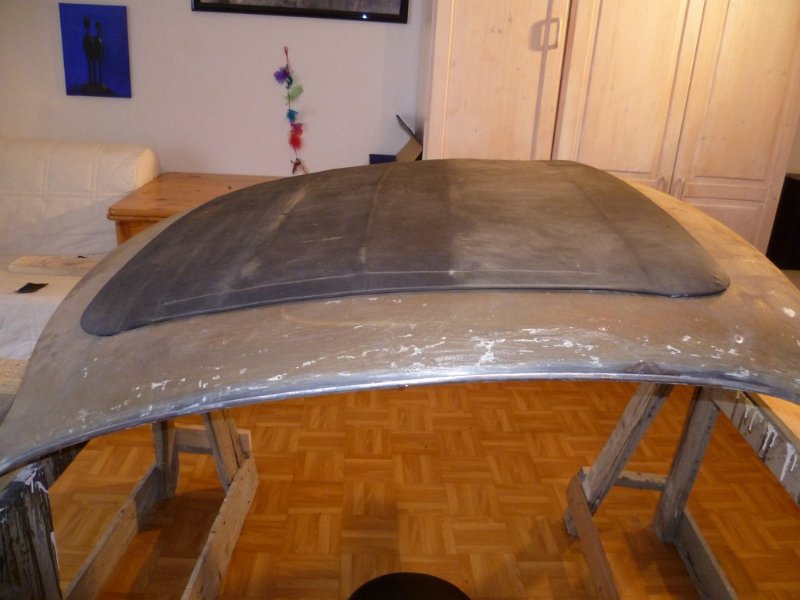 As much as I like the Webasto sunroofs the Goldes certainly look very refined. The Webasto units appear to be more rare as I've only seen two early Ghias with Webasto units. I'm not sure which is more complicated but bothe are desirable accessories to have.

The above picture was provided by a registry member. He picked up this postcard on ebay as I remember. It shows a coach firm in Europe that would install the sunroofs.

While the ad below is not from a Ghia I thought it illustrated the inside view well.

Please enjoy the photos but do not repost them. 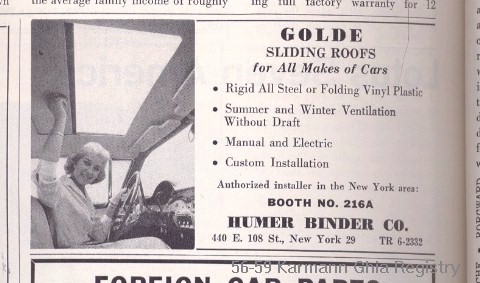 The pictures below were from the Samba. This Ghia was for sale in TN during 2004. 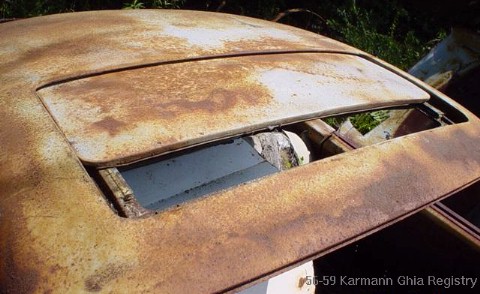 This Golde was part of a 1956 Ghia. The Ghia also had 356 brakes and transaxle. One of my missed opportunities. The whole car could have been bought in NY in the lat 90s for $300. This unit has holes for the headliner to be held much like the original Beetle sliding sunroofs. Also note the front and rear drain tubes. 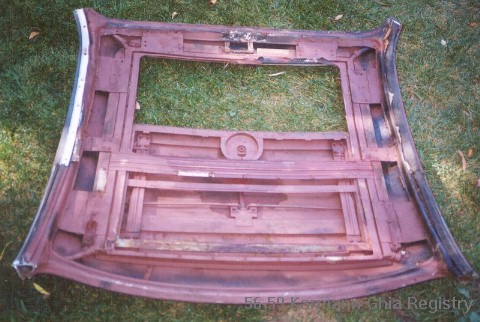 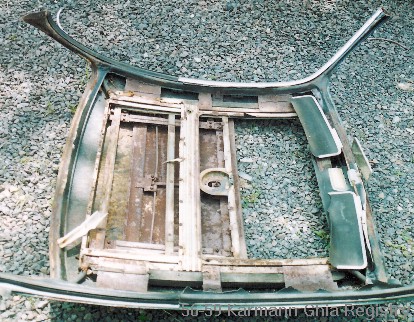 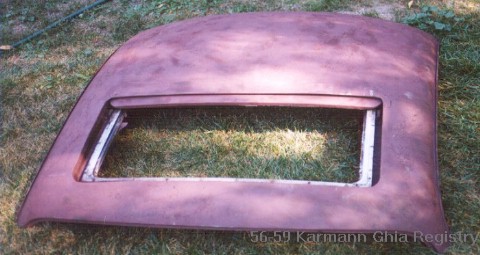 Possibly in 2002, this Ghia was for sale on the Samba. I belive this was a 67 or 68 Ghia which is now owned by Brent C. I think he had the desire to start a Golde registry at some point. If anyone has any early Porche 356 Golde pics to post, let me know. I'd like to understand the differences. 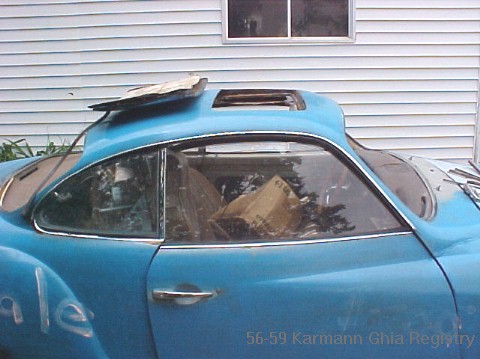 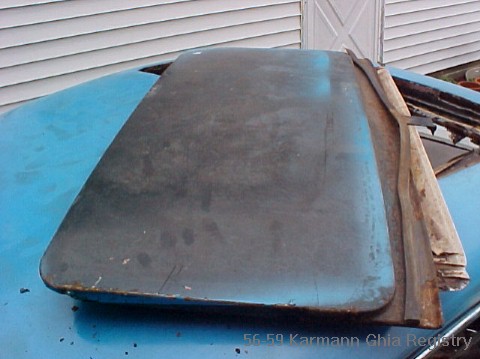 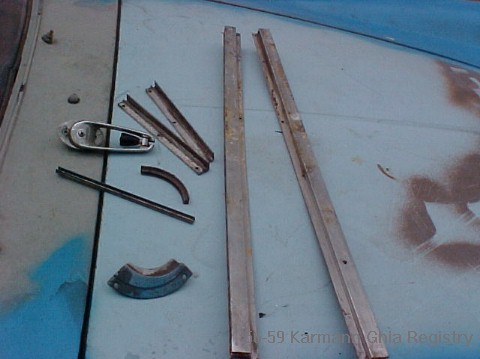 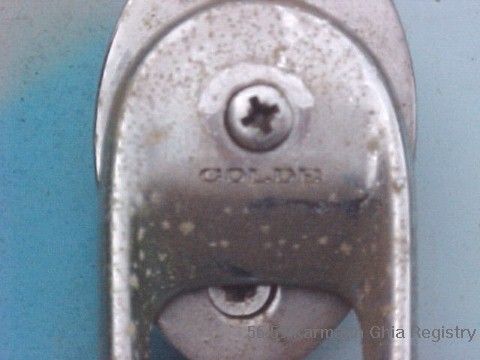 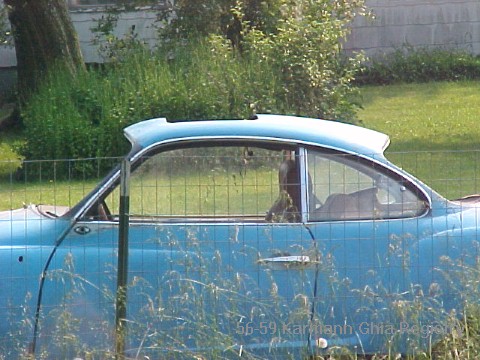 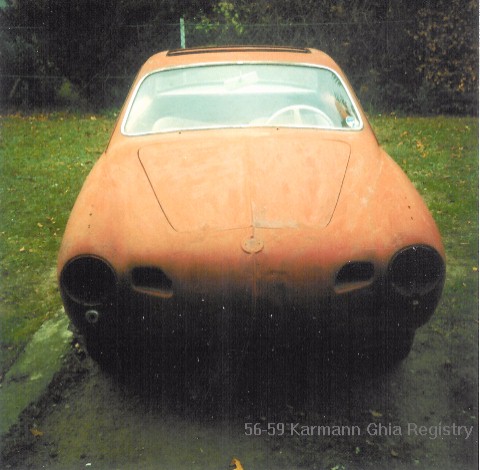 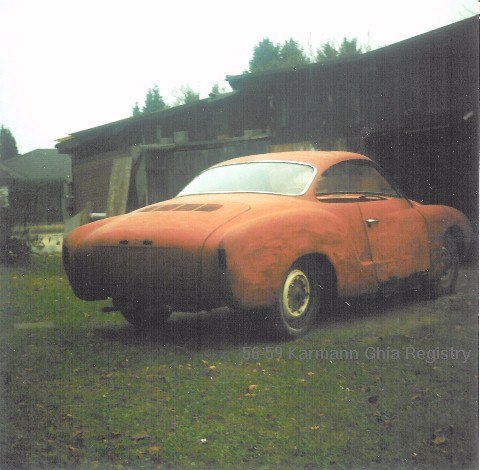 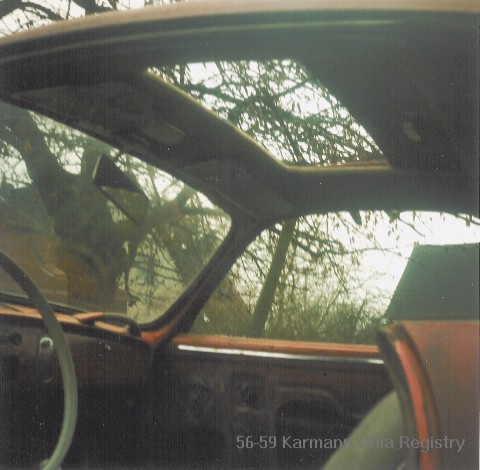 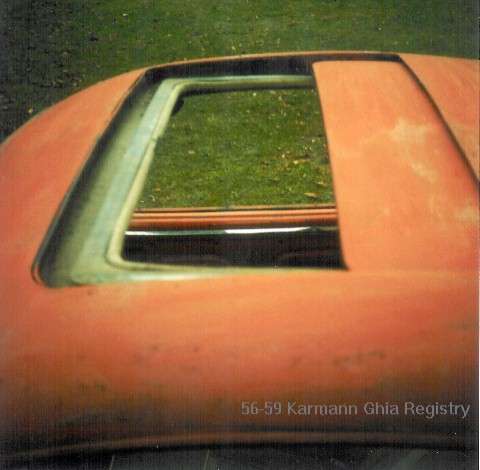 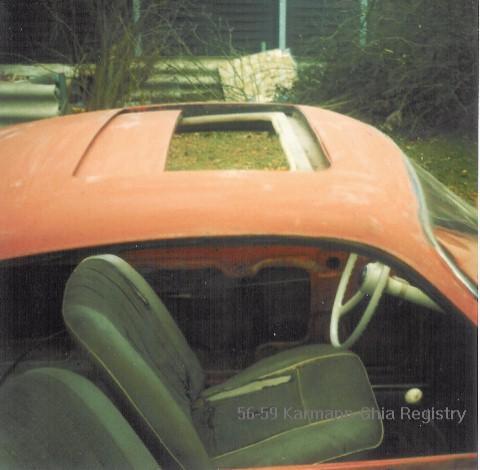 I don't have any digital pictures of John F.'s 58 sunroof but here are some scans from 1994 of his car. 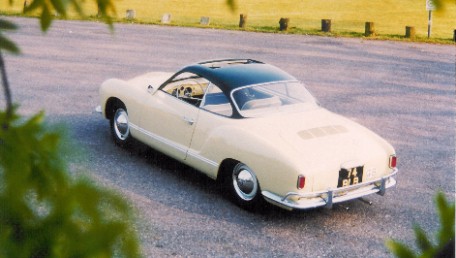 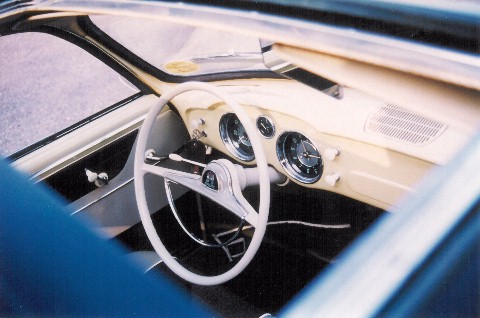 A rough East Coast 58. It is missing the aluminum bright work in the opening but it does have the original handle. 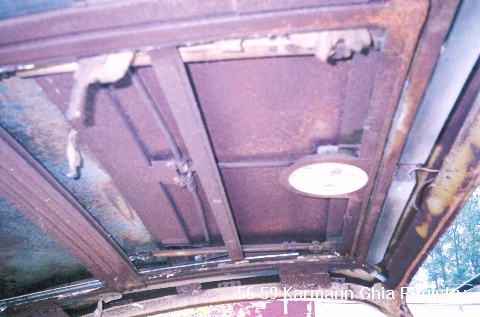 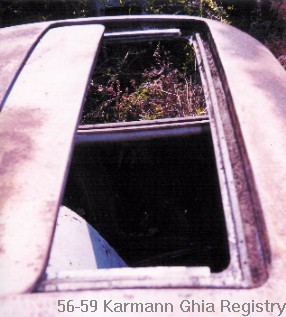 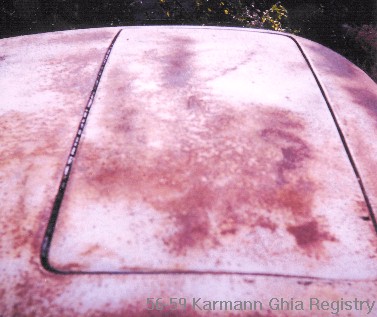 Finally here is a sunroof that was shipped from the US to England in the 90s. It is undergoing a complete restoration 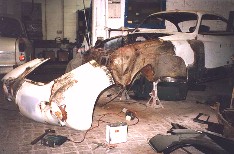 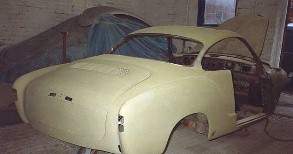